After a year-long project made possible by the National Endowment for the Humanities, the Museum has finished processing and cataloging the LOOK magazine photo archives! More than 2,400 assignments (over 250,000 images) have been cataloged, numbered, and a portion of each digitized. The collection is now searchable and its contents easily accessible for both the public and Museum staff alike. An accompanying finding aid includes biographical information on the photographers who created these photos, information on the magazine itself, and highlights from 1937-1961, the years featured in our collection. The Museum’s portal now has a record for each of the collection’s assignments, featuring a description of the images, metadata about the size and number of images, and a sampling of reference images attached.

Contained in the collection are a vast assortment of images showing New York City in the mid-20th century. In an issue from 1940—an early one, as the magazine began publication in 1937— LOOK wrote that their goal was, essentially, to be universally appealing. They state that their “first intention is to be interesting. LOOK would rather be damned than dull.” This is clear when one looks at the wide variety of subjects the magazine’s photographers captured.

Over 100 photographers contributed to a collection that contains images that depict the striking, newsworthy, mundane, serious, lighthearted, big, and small places, people, and events of the city and the nation.  Common themes found throughout include celebrities and productions of the stage, radio, music, television, and film; sports figures and events; nightlife; fashion and beauty; city businesses, landmarks, and neighborhoods; and politics and government. The following highlights demonstrate the breadth of this collection:

A man dressed as a knight, complete with full armor, wanders around the city and makes his way through a subway turnstile:

Medical illustrator Dr. Frank Netter, who would later create the Atlas of Human Anatomy, in his home with a model skeleton:

The Tree of Hope in Harlem, an elm that stood opposite the Lafayette Theater, was a beacon of good luck. Among the many who rubbed it in hopes of good fortune was Bill “Bojangles” Robinson, whose signature is on a plaque in front of the tree. Today, a sculpture sits where the tree once was. Here a young boy sits by the stump of the tree in 1950.

In 1952 John Vachon took great photographs behind the scenes at the Metropolitan Opera, showing all of the many moving parts that create the finished product: 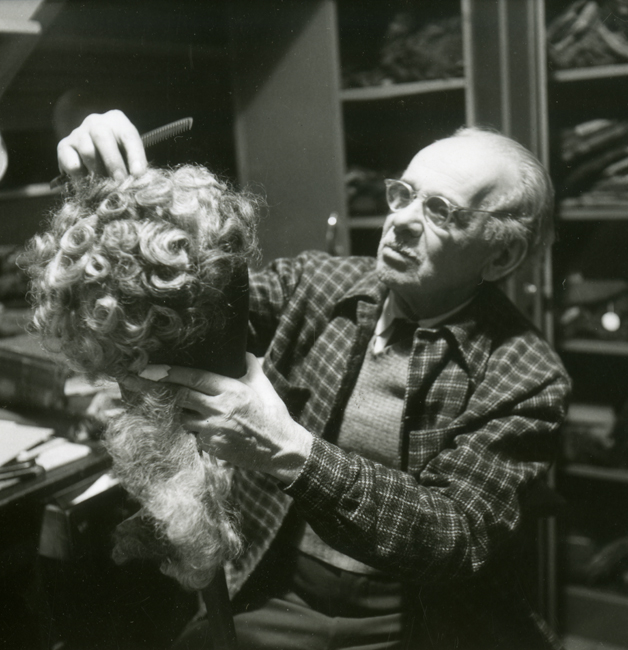 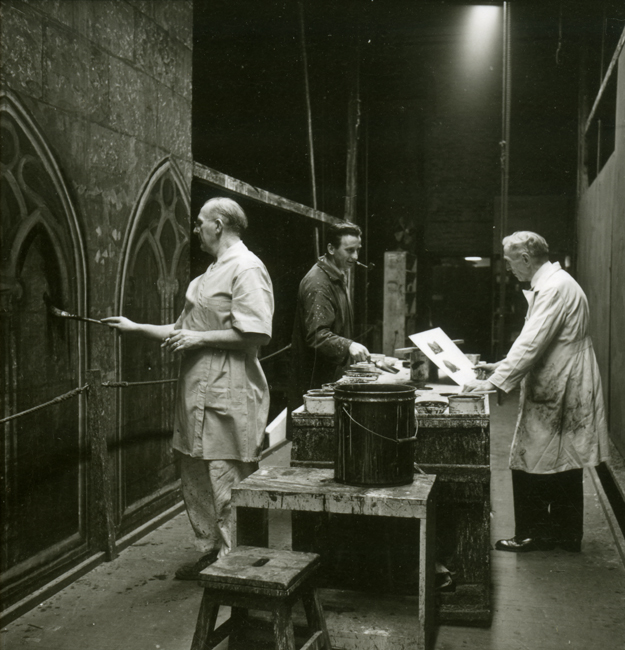 A party to celebrate Brooklyn Public Library’s last outdoor storytime of the summer of 1950:

Men and women do their laundry in a Greenwich Village launderette:

One of the Harlem Globetrotters palms a basketball:

Konrad the dachshund sits on some of his winnings from the Gaines Dog Food “Lucky Dog” contest. Konrad, from Nashville, won a trip to New York City as well as a lifetime supply of dog food, a gold monogrammed collar, a television set, and a night out on the town.

As you can see, the coverage is vast. Altogether the LOOK photographs make up a collection that truly helps capture an all-encompassing look at several decades of the city’s history. And now they’re online. Search away!

Digitizing the Work of John Vachon in the LOOK Magazine Collection

Our project to process and describe the Museum’s LOOK magazine collection continues with the digitization of photographs by John Vachon, who documented American life — from the rural poor to the New York City streets.
Streetscapes Tuesday, August 13, 2019

John Vachon for Look Magazine: The Brooklyn Nobody Knows

Look assigned Vachon to the story “Brooklyn Nobody Knows” on September 21, 1948; it was published in the January 18, 1949 issue. By focusing on cultural institutions and figures, nightlife, historic landmarks, and civil engineering projects, Vachon’s photographs presented Brooklyn as on par with its more popularly represented neighbor, Manhattan.
City Arts Tuesday, September 25, 2018

Learn about the Museum's project to catalog, process, and digitize our LOOK magazine photo archive collection.
See All