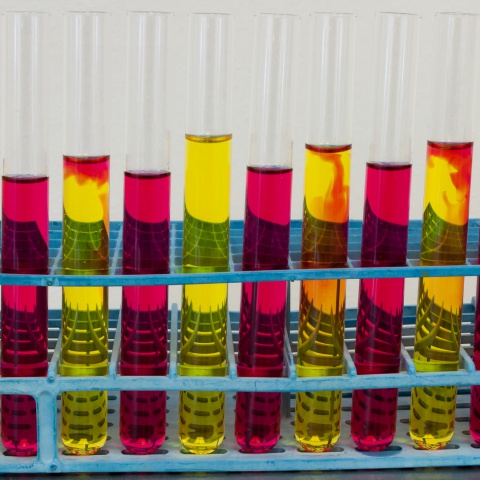 In the 19th century, not everyone knew (or believed) that microorganisms caused communicable diseases. A competing school of thought adhered to “miasma theory” which stated that low air quality was the main source of disease. In the first activity, students will imagine they are microbiologists. The teacher leads students through the process of identifying a specific species of bacterium as a cause of a disease afflicting cows. Through this process, students will learn the difference between correlation and causation, as many bacteria are present in cows but not all cause disease. After students develop their own procedure for identifying “whodunit,” it will be revealed to them that they in fact rediscovered Koch’s postulates. (In the 1870s, Robert Koch identified ­Bacillus anthracis as the cause of anthrax outbreaks in cattle.) Students then practice this skill.

In the second activity, the teacher introduces the cholera outbreak of New York City in the 1830s. Students are asked to identify the potential sources of the epidemic and propose how they would test their hypotheses. Students are then tasked with constructing an argument to convince a New Yorker that Vibrio cholerae is the cause of cholera, and not bad air. Finally, the students are led in a discussion of how prejudice (compounded by confusion of correlation and causation) might have led to the outbreak being worse than it could have been.

Establish the setting: A group of cattle farmers in upstate New York report that a large amount of their cows are dying. Farmers notice that cows seem to die quickly, often without any warning. Tell the students they are microbiologists tasked with solving the question of what is killing the cows. They are asked (on the slides and on handouts) for two questions they might want to ask and for one action they might take to help them learn more.

1.) What have the cows been eating?

Ideal questions would be:

2.) What do the dead cows have in common with each other?

1.) Examine the dead and/or live cows

Upon the suggestion of students, say that we have autopsied the sick cows and cultured some bacteria from their guts. Reveal the first finding: all the sick cows had the species Bacillus anthracis. Pose three new questions (on slides and handout)

3. What additional information do you need? Answer: We first need to find out if B. anthracis is found in healthy cows as well!

Once students have written and shared their answers, now reveal B. anthracis is NOT found in healthy cows. What does this imply? Answer: This supports the idea that B. anthracis is our pathogen, unlike a bacterium that was found in both healthy and sick cows such as P. ruminicola.

At this point, explain that we have now established a correlation. Define correlation (using slide). A correlation is NOT the same as establishing cause. The example in the presentation is that rain in the Bronx strongly correlates with consumption of fish in the U.S. This is a strong correlation, but a coincidence.

Ask students: How do scientists establish cause? (Answer: Experiments.) So what was missing from our investigation earlier that would make it an experiment? (Answer: A control group.)

Tell students (using slides) they have the following materials to work with to design their experiment:

1.) As many healthy cows as they need

2.) Liquid culture of B. anthracis in test tubes

Note that this lesson is based on methods used in historical medicine, in which it was assumed to be acceptable to run experiments on animals. Medical science has moved increasingly away from using animals in experimentation, especially as scientific technology improves. The case against animal testing, from the Physicians Committee for Responsible Medicine: http://www.pcrm.org/sites/default/files/pdfs/research/research/Problems-Associated-with-Animal-Experimentation.pdf

After students have designed their experiments, reveal that they have rediscovered the experiments of Robert Koch, who proved that B. anthracis was the cause of anthrax outbreaks in cattle in 19th-century Germany. Koch’s postulates are as follows:

1.) Microbe must be found in sick individuals but NOT in healthy ones.

2.) Microbe is cultured from sick individuals.

3.) Microbe should cause disease when introduced to healthy individuals.

Allow for students to solidify their knowledge by practicing with the steps using tuberculosis as an example. The last question on the handout asks: What is a potential problem with using Koch’s postulates?

Students should be able to identify at least one problem, including: the ethics problem of infecting humans and animals, not all diseases are caused by bacteria, bacteria can mutate and change.

Set the scene, potentially using this article for reference. In the 1830s, thousands of people died of cholera. Ask students what they think contributing factors may have been. (Answers may include: bad sanitation, spoiled food, bad water, overcrowding.)

We now know that cholera is caused by a water-borne bacterium named Vibrio cholerae. Ask: what evidence might you use to convince a New Yorker that cholera was caused by a bacterium and not by bad air quality (as posited by miasma theory?).  In fact, cholera was much more prevalent in cities, and cities have poorer air quality. Cholera affected poor people the most and poor people tend to live in areas of poor air quality. They could not afford to go on vacation to the countryside and get fresh air.

Cholera is transmitted by bad water and contact with fecal matter. Poor people also tended to live in areas of poor sanitation and in much closer quarters with each other, increasing the rate of transmission of the disease. In fact, cholera is a disease resulting from overcrowding without proper infrastructure to support it.

2.) Cause cholera in nonhumans (maybe mice) by injecting them with V. cholerae.

Explain that although New Yorkers hadn’t settled the source of the cholera, this epidemic, along with a major fire in 1835, helped the city make decision to build the Croton Aqueduct (construction begins 1837 and ends in 1842). Clean water was widely available throughout the city by the 1850s and New York never had a major cholera outbreak after that.

End this discussion by introducing the work of Dr. John Snow, who first helped identify water as a source of cholera during a cholera outbreak in London in 1854. By systematically mapping cholera cases he was able to realize that most clustered around a single infected well. This kind of careful data-gathering needs to be the basis scientifically sound public health policy.

Contrast scientific analysis with instincts towards social bias: during the 1832 cholera outbreak, the disease hit the poorest areas the hardest, particularly a region in Lower Manhattan called Five Points where Black and Irish New Yorkers lived. The attitude of many at that time was that those people got sick because of their moral failings. Discuss with students: how does misuse of correlation potentially affect health policy? How might correlation/causation confusion bolster racist or classist attitudes?

This lesson has showed us the importance of careful data-gathering as we identify sources of illness during disease outbreaks – and how doing so can result in developments, like building the Croton Aqueduct, that are ultimately beneficial to all. We have focused on historical sources so far, and modern science is far more sophisticated than it was a 150 years ago. Can you think of any modern outbreaks and the challenges to effective treatment? (Possible responses might include Zika, Ebola, or Cholera again in undeveloped countries.) Is there anything that we as citizens can do to help ease rates of transmission?

Fieldtrips: This content is inspired by the Future City Lab gallery in the Museum’s flagship exhibition, New York at Its Core. If possible, consider bringing your students on a fieldtrip! Visit https://www.mcny.org/education/field-trips to find out more.

This project was made possible in part by the Institute of Museum and Library Services.

The views, findings, conclusions or recommendations expressed in these lessons do not necessarily represent those of the Institute of Museum and Library Services.